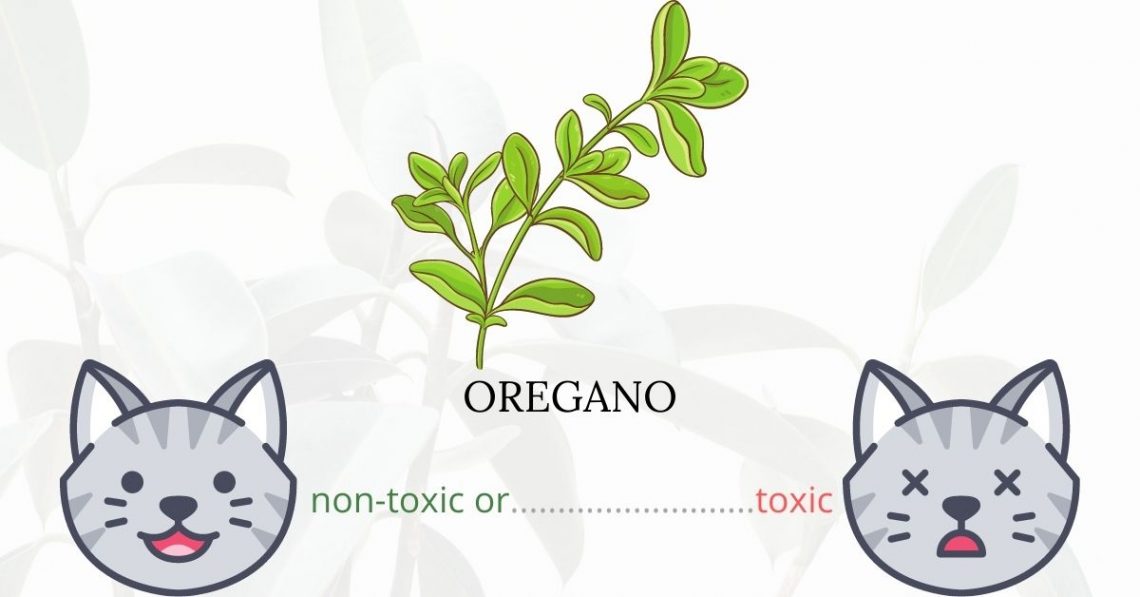 The essential oil in oregano may cause stomach upset in cats. This can result in a toxic reaction in the cat, as well as irreversible liver damage. Flavones and polyphenols, which are toxic substances to cats, are found in both fresh and dried oregano leaves.

The symptoms caused by oregano poisoning are generally mild, and only occur if a lot of plant material has been consumed. The real danger exists from owners believing the plant to be safe for cats, and in turn thinking that oregano essential oil would also be safe, as it is used medicinally in a lot of home remedies.

Oregano is a popular culinary herb that thrives in a wide range of environments. It belongs to the Lamiaceae plant family and has the scientific name “Origanum vulgare hirtum.” It’s also known as Greek oregano and is often cultivated in pots, but because of its quick growth, it can also be utilized as a ground cover. Long stems with rounded, green leaves characterize oregano. It emits a pungent odor, especially when crushed leaves are crushed. The shrub produces little white flowers in the late summer months.

Although oregano is frequently grown in temperate climates, it is thought to be a Mediterranean native. The name is derived from the Greek words “oros” (mountain) and “ganos” (joy). Because of the antioxidants in oregano, it is used as a supplement in the diet and it’s also often used as an aromatic oil. Purple blooms and spade-shaped olive-green leaves characterize this perennial. In colder climes, it is grown as an annual, but it rarely survives the winter.

The effects of oregano consumption in cats are usually mild stomach distress. When a cat is given oregano essential oil internally or topically, it might cause severe reactions. If your cat is continuously exposed to oregano, either orally or topically,  symptoms. The following are all warning signs to look out for:

First Aid and Treatment of Oregano Poisoning in Cats

If the cat’s mouth has been burned or irritated as a result of the exposure, it will need to be cleansed with water. To relieve the discomfort, any other body parts that have come into contact with the oil should be properly cleaned.

Extra attention and possibly hospitalization may be required depending on the cat’s symptoms. To prevent dehydration caused by prolonged gastrointestinal distress, intravenous fluids may be required. Throughout the incident, the cat’s respiration may need to be controlled.

Recovery from Oregano Poisoning in Cats

If a cat has eaten an oregano plant, it should recover fully and quickly, with no long-term health consequences. Consumption of oregano essential oil has the potential to harm the cat’s liver permanently, necessitating continuing treatment.

Prevention of Oregano Poisoning in Cats

Avoid growing oreganos at home to prevent your cat from accidentally nibbling on it. Lessen your cat’s outdoor access to limit his exposure to oregano or other toxic plants that may be growing in your surroundings.

Under no circumstances should oregano essential oil be used on cats. Even topical use can cause irritation and pain in the cat. Before putting any other form of essential oil on your cat, check with your veterinarian to ensure that it will not harm the animal.