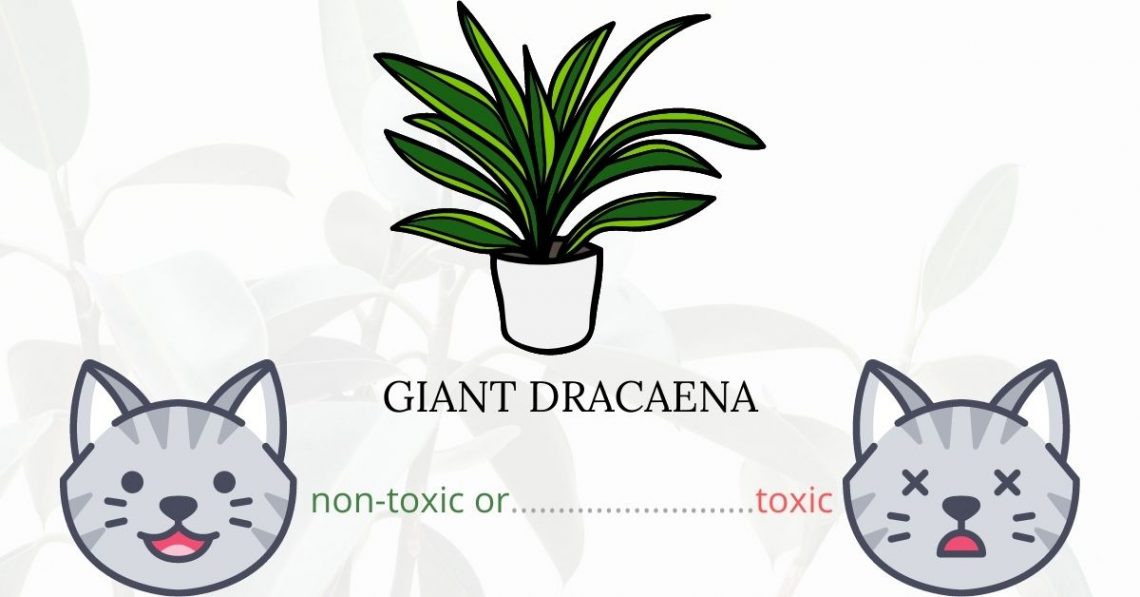 Giant dracaena or also commonly known as palm lily and grass palm is a small evergreen tree that is found to contain saponins. Saponins are plant-produced natural compounds that defend the plant from insects, bacteria, and fungi. The toxin concentration in giant dracaenas, on the other hand, is modest, and the effects on a cat who eats the plant are usually limited to gastrointestinal distress. The saponins give the plant a bitter taste, making it relatively unpalatable, further reducing the possibility of a potentially life-threatening intoxication as a result of swallowing it.

What Is Giant Dracaena or Grass Palm?

The giant dracaena, also known scientifically as cordyline australis, is a small annual plant with a single stem and several vigorous branches. The sword-shaped leaves on the branch tips are long and tightly packed. This tree is also adorned with large panicles of small, fragrant cream blossoms. Since ancient times, various parts of the giant dracaena have been used in everything from traditional medicine to the manufacturing of illicit alcoholic beverages.

The giant dracaena is now commonly grown as an ornamental plant since it provides a carefree, all-season color. In mixed plantings, the tall sword-like leaves give tremendous texture and a strong vertical line. This New Zealand native is a member of the Agavaceae family that can be cultivated as an annual in colder climes or year-round in frost-free climates. Plants in pots can be carried inside for the winter and placed in a sunny location.

Indications of giant dracaena or grass palm poisoning in cats are usually mild to moderate. Due to the plant’s bitter taste, it is rare for a cat to consume a large quantity of the plant which can cause severe poisoning. Your cat may display the following symptoms in case of giant dracaena ingestion:

The veterinarian will most likely provide symptomatic and supportive therapy since the primary goal of treatment is managing the symptoms. If your cat has just consumed gigantic dracaena, the veterinarian may administer hydrogen peroxide orally to induce vomiting. Kapectolin may also be given to your cat to help with stomach upset and diarrhea. Kapectolin’s coating activity protects the stomach lining. Sucralfate is also used to relieve gastrointestinal pain because it reacts with stomach acids to form a paste-like substance that acts as a barrier between the stomach and its contents.

Recovery from Giant Dracaena or Grass Palm Poisoning in Cats

Because the majority of gigantic dracaena poisoning cases are mild, the prognosis is good, and cats should recover completely in one to two days. Recovery time may be extended in extremely rare cases of serious poisoning.

Prevention of Giant Dracaena or Grass Palm Poisoning in Cats

If you live in an area with giant dracaenas around, it is best to discourage your cat from going outside. Keep your cat busy and stimulated indoors as they tend to wander away and nibble on unknown plants outside when they are bored. Maintain their good health condition by giving adequate fluids and well-balanced diet.