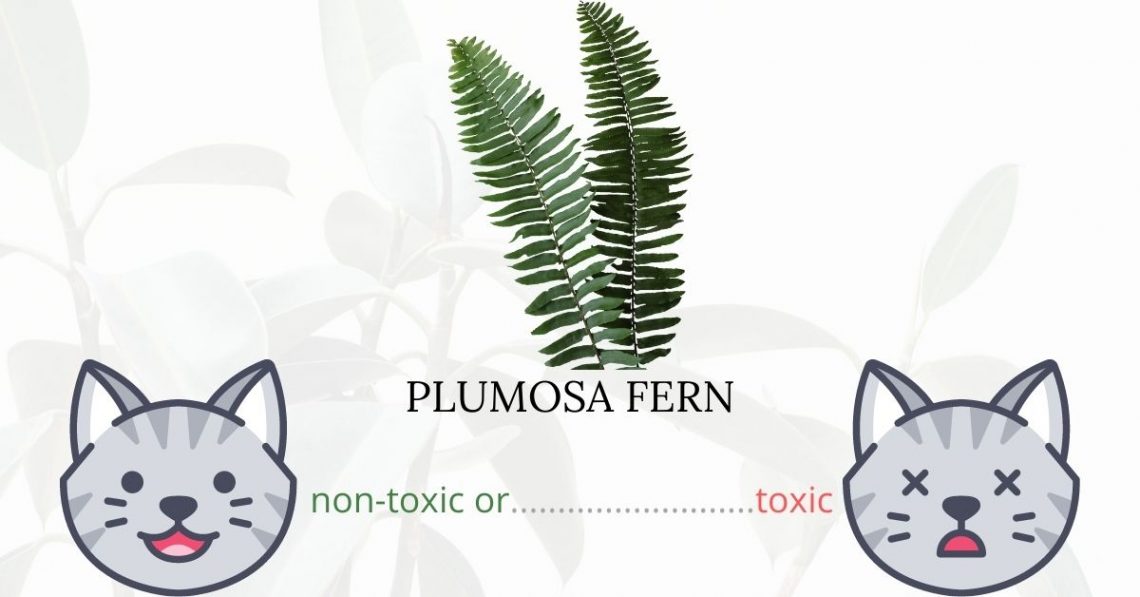 Plumosa Fern, also known as Asparagus, Emerald Feather, Emerald Fern, Sprengeri Fern, Asparagus Fern, Lace Fern, Racemose Asparagus, and Shatavari, is a perennial vine that contains saponins and is considered harmful to cats. The berries appear to be more toxic than the leaves, causing symptoms such as vomiting, diarrhea, and allergic reactions in the mouth and throat. The severity of the reaction or illness is usually determined by the size, overall health, and longevity of the animal that consumes it.

What Is Plumosa Fern?

Plumosa fern is frequently used as a filler green in floral arrangements due to its delicate leaves. This plant is botanically known as Asparagus plumosus or Asparagus setaceus and is a member of the Asparagaceae family. Although it is a member of the same genus as edible asparagus, it is a separate species. Unlike the asparagus spears you grow in your garden, the plumosa fern is not edible.

Plumosa fern is a tropical perennial vine that grows in hot, humid climates. Where winters are mild, the vine remains evergreen and lush all year. Plumosa fern is grown as an indoor plant in colder climates, though some gardeners move the pot outside for the summer.

Berries of plumosa ferns are considered to be more toxic than foliage. Ingestion and skin contact with plumosa fern can cause toxicity in cats and develop clinical signs such as:

First Aid and Treatment of Plumosa Fern Poisoning in Cats

Treatment is largely symptomatic meaning the vet will treat the symptoms of your cat as they arise. Plant poisoning treatments usually involve procedures such as vomit-inducing, gastric lavage, administration of activated charcoal, and IV fluids.

Other medications and treatment may also be given by the vet as needed by the cat. Medicated shampoo may also be recommended for cats suffering from skin irritation and dermatitis.

Sapogenin poisoning from plumosa fern ingestion usually has no long-term consequences due to its primary role as an irritant. This means that the majority of cats will recover quickly after treatment. Make sure your cat is at ease at home so that he or she can regain strength and fully recover as soon as possible.

It is necessary to remove plumosa fern from the vicinity of your home. If you live in an area where these toxic plants are common, it is best to keep your cats indoors or never leave them outside unsupervised. You could also try putting up fences and putting up safety nets around your house. Keep yourself informed by learning about toxic and non-toxic plants for cats.