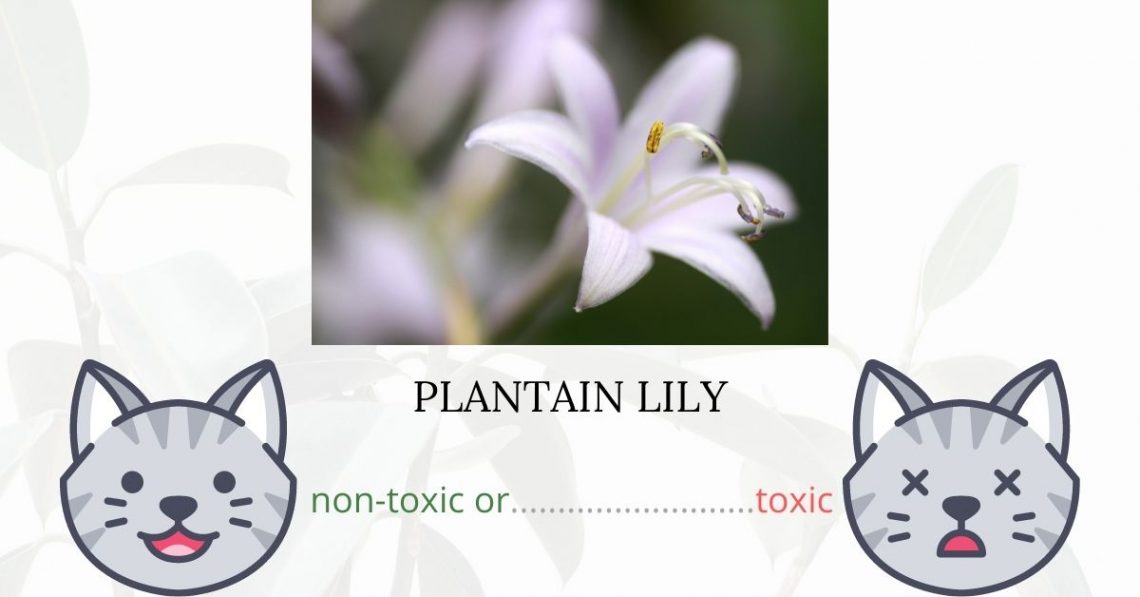 Hosta is a herbaceous perennial plant that contains saponins that are toxic to cats. These toxins can be found in the leaves, flowers, and roots of the hosta plant. Saponins wreak havoc on cell membranes by altering their structure. As a result, the red blood cells begin to break down. Saponins also irritate the respiratory and digestive systems’ membranes. This results in a negative gastrointestinal response, which can obstruct vital body functions in extreme circumstances.

What Is Hosta or Plantain Lily?

Hosta or also commonly known as Plantain Lily, Funkia, and Gibōshi in Japanese, is a genus of plants that are widely cultivated as shade-tolerant foliage plants. This plant member of the Liliaceae family, scientifically known as hosta plataginea is native to northeast Asia including China, Japan, Korea, and far east Russia.

Hostas are known for their stunning foliage, which comes in a variety of shapes, sizes, and colors. The leaves are blue, dark green, or a mix of green and white and grow in circular clusters. The hosta’s flowers are small, grow on long stems, and are white or light purple in color.

Clinical Signs of Hosta or Plantain Lily Poisoning in Cats

The typical symptoms attributed to the ingestion of a hosta plant are stomach problems. In the event of a serious occurrence, further symptoms may appear. The following are all warning signs to look out for:

After the veterinarian conducts a complete physical examination and some other tests, he will start treatment which mainly focuses on the treatment of the cat’s symptoms. This will entail cleaning the mouth cavity with water to eliminate any leftover leaf fragments. Hydrogen peroxide can also be used to provoke your cat to vomit. Gastric lavage or stomach pumping may be performed if the cat is unconscious. Activated Charcoal can be administered to the cat to absorb any lingering toxins in the digestive system and bind them together, allowing them to pass safely out of the body. Medications needed to ease your cat’s symptoms may also be prescribed by the vet as needed.

Recovery from Hosta or Plantain Lily Poisoning in Cats

Cases of cats dying from hosta poisoning are very rare. After the symptoms and ailments have passed, the majority of cats will recover completely. Larger doses of hosta plants, on the other hand, may result in more severe effects. Cats that are elderly or have pre-existing health problems may be more vulnerable than healthy cats.

Prevention of Hosta or Plantain Lily Poisoning in Cats

Keeping your cats safe at home is the greatest way to prevent them from eating harmful outside plants. Knowing which plants in your area hold toxins can help you keep your cat from becoming poisoned.