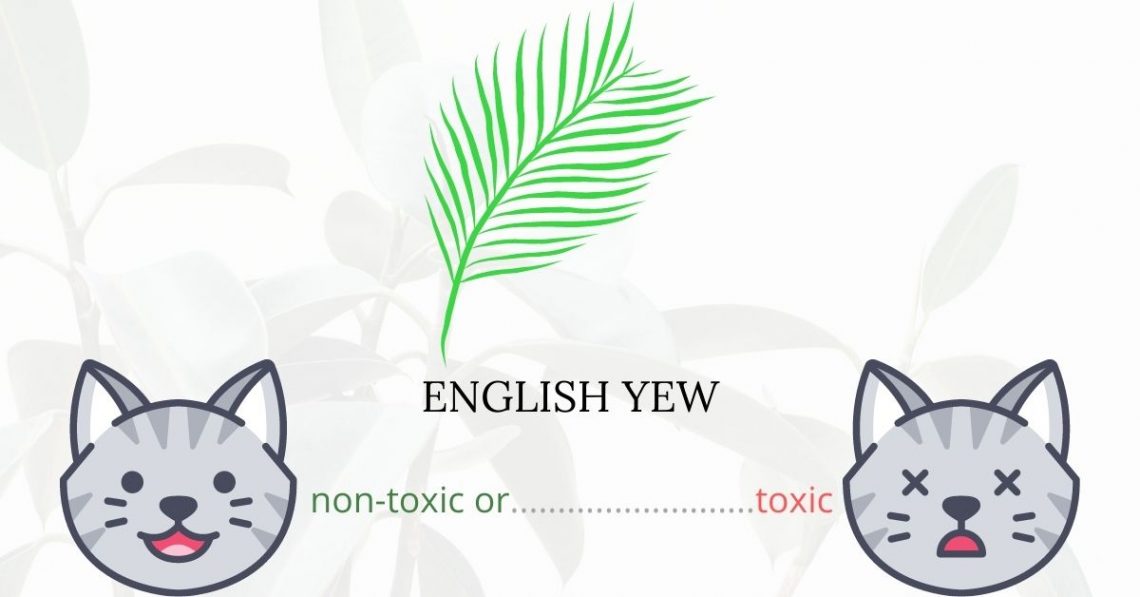 English Yew or also known for its other common names Western Yew, Pacific Yew, Japanese Yew, and Anglo-Japanese Yew is an evergreen plant that contains taxine A and B, volatile oil which are poisonous for animals including cats. These poisonous substances can be found in every part of the plant, including the leaves, seeds, and stems. The aril, which is the seed covering, is the only portion of the plant that isn’t harmful. Because volatile oil has a bad taste, it’s doubtful that your cat will eat huge amounts of English Yew. Your cat, on the other hand, just requires a small amount of the herb to become poisoned and show serious symptoms. Even if your cat only eats on the leaves, poisoning can occur.

What Is English Yew?

The English yew, scientifically known as taxus baccata, is an ornamental evergreen tree or shrub of the Taxaceae family that can be found all throughout Europe and Asia, as far east as the Himalayas. The tree has spreading branches and slightly drooping branchlets and grows to a height of 35 to 100 feet. The bark is reddish-brown and flaky, and in older trees, it can be deeply fissured.

First Aid and Treatment of English Yew Poisoning in Cats

Your veterinarian may induce vomiting to aid in the removal of the toxin from your cat’s system. Inducing vomiting in cats that have consumed huge amounts of the herb, on the other hand, may not be possible due to heart and nervous system issues. Instead, your veterinarian may opt for gastric lavage.

Intravenous fluid therapy is required if your cat has lost a lot of fluid. Activated charcoal and medications for seizure prevention and gastrointestinal protection may also be given to your cat by the veterinarian. Additional treatment alternatives may be considered depending on the extremities of your cat’s symptoms.

If your veterinarian has recommended dietary adjustments, make sure you follow them to ensure your cat is getting enough nourishment while recovering. Your cat’s recuperation time will be determined by how promptly he or she was treated.

Restrict your cat from going outside your house to lessen his or her exposure to English yew and other toxic plants in your area. Keep them well maintained and healthy inside your home.