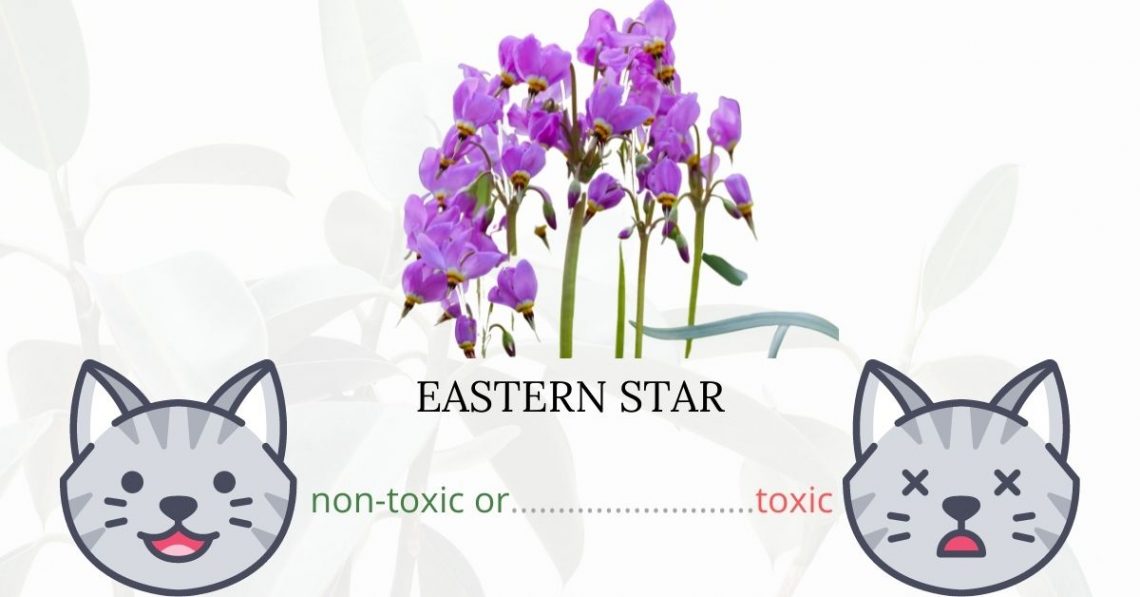 Eastern star is a popular houseplant and often grown for medical uses by humans, but it is harmful to cats due to triterpenoid saponins present in its leaves. If a cat eats or touches these saponins, it can cause irritation on the skin and in the mouth. If a considerable quantity of the plant is consumed, gastrointestinal upset is also a common reaction in cats.

What Is Eastern Star or Sweet William?

Eastern star or scientifically known as dianthus and also known for its other common names pinks, sweet William, or wild carnation  is a perennial flowering plant that blooms from late spring to early summer and is famed for its brightly colored, fragrant blossoms. This Caryophyllaceae plant family member grows up to two feet tall and has flowers that are made up of five petals with frills around the edges and come in a variety of colors, including reds, pinks, purples, and whites while its leaves are slender and generally blue-gray in color.

The poisonous irritants present in Eastern star leaves cause inflammation whenever they come into touch, whether internally or topically. The typical indicators of eastern star poisoning are usually mild to moderate which includes:

If you find your cat chewing any part of Eastern star, remove it immediately and rinse off your cat’s mouth. Take your cat to the veterinarian and bring a plant sample for better diagnosis.

To remove all remaining Eastern star toxins in the cat’s stomach, The veterinarian will either induce the cat to vomit with hydrogen peroxide or perform a gastric lavage — this will prevent the cat from digesting any more toxins. After the stomach contents have been eliminated, another mouth rinse will be required.

Activated charcoal can also be given to your cat to help him bind all of the toxins in his stomach and excrete them through feces. Other drugs, depending on your cat’s needs, might be also prescribed by the veterinarian. Intravenous hydration therapy is also necessary, especially if your cat has been vomiting a lot.

Recovery from Eastern Star or Sweet William Poisoning in Cats

While Eastern star symptoms can cause discomfort, the poisoning is usually not fatal to cats. Most cats who have ingested Eastern Star to the point of poisoning will recuperate fully up to 24 hours after the incident.

Prevention of Eastern Star or Sweet William Poisoning in Cats

As a cat owner, equip yourself with knowledge about toxic plants that can harm your feline companions. Avoid growing Eastern stars and other potentially toxic plants in your yards and gardens. Keep your cat’s outdoor activities limited. As much as possible, do not et your cat wander off alone outside your house. If you are leaving your cat at home, it is better to keep them safe and secured inside a cat cage or a playpen.