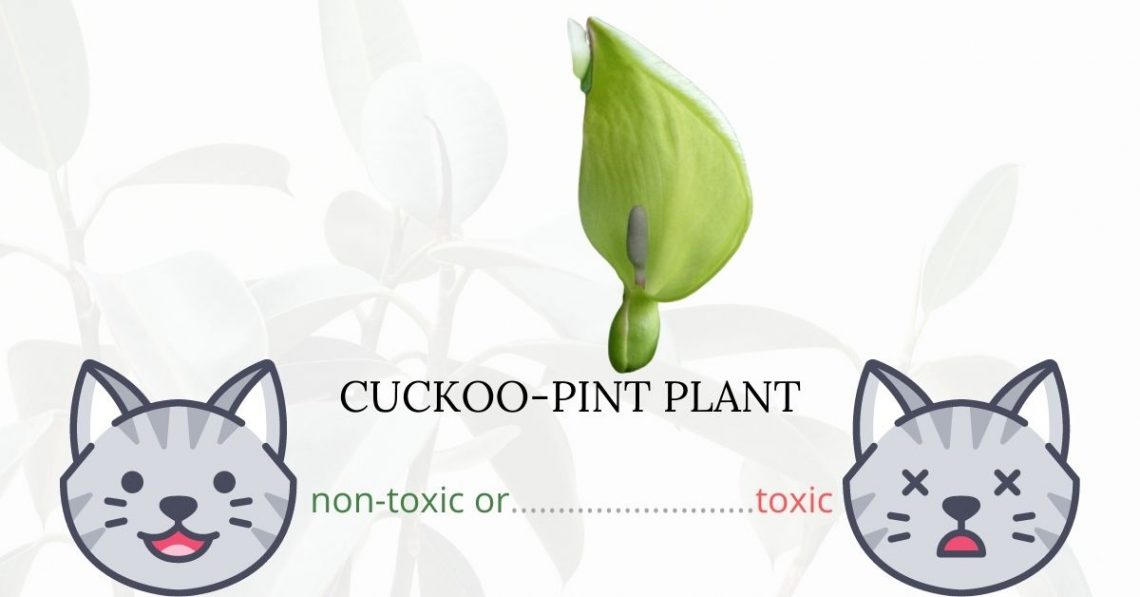 Cuckoo-pint is a wood plant from the family of Araceae which are known to contain insoluble calcium oxalates. When cuckoo-pint is consumed, it induces a severe burning feeling in the mouth, throat, lips, and tongue, as well as excessive drooling, choking, gagging, and potentially serious enlargement of the throat, which can make swallowing difficult. While all parts of cuckoo-pint contain toxic principles, most calcium oxalates are concentrated on its bright-colored berries.

The cuckoo-pint plant, also known by its scientific name arum maculatum, is found in most of Europe. This Araceae family plant should be treated with caution because it can cause allergic responses in humans and animals. Culinary uses for the roots are possible.

Male and female flowers of cuckoo-pint are partially wrapped in sheath-like coverings and have purple speckled leaves. Insects are trapped in the plant’s structure by a ring of hair-like structures, which are covered by the male flowers in the pollen.

Cuckoo-pint poisoning is characterized by the symptoms listed below which might last for up to two weeks after ingestion of the plant.

The following severe clinical signs may be also experienced by your cat if he or she consumed a large quantity of cuckoo-pint plant.

First Aid and Treatment of Cuckoo-Pint Poisoning in Cats

Intravenous fluid therapy will be given if your cat is dehydrated due to vomiting and diarrhea. If breathing problems arise as a result of throat swelling, oxygen therapy will be started. An antihistamine may be used to ease the inflammation and irritation that the oxalate crystals caused. If your cat is unable to take the medication orally, it will be injected straight into his or her body.

Other medications such as Kapectolin and sucralfate may be also administered by the vet to your cat. These medications are used to prevent calcium oxalates from further embedding in your cat’s mouth, throat, stomach, and intestine. The coating activity of Kapectolin protects the stomach lining while sucralfate, which combines with stomach acids to generate a paste-like material that functions as a barrier between the stomach and its contents, can also be used to treat gastrointestinal irritation.

Recovery from Cuckoo-Pint Poisoning in Cats

In most cases of cuckoo-pint poisoning, the cat will make a full recovery within 12 to 24 hours. Although severe calcium oxalate poisoning can be treated, in most cases irreparable liver and kidney damage has already occurred. After treatment, talk to your veterinarian to discuss the supportive care needed by your cat at home.

Prevention of Cuckoo-Pint Poisoning in Cats

Remove cuckoo-pint plants from your yards, if they are growing here. If cuckoo-pints are growing around your area, you should limit your cat’s access outdoors to lessen the risk of exposure to cuckoo-pint and other toxic plants.