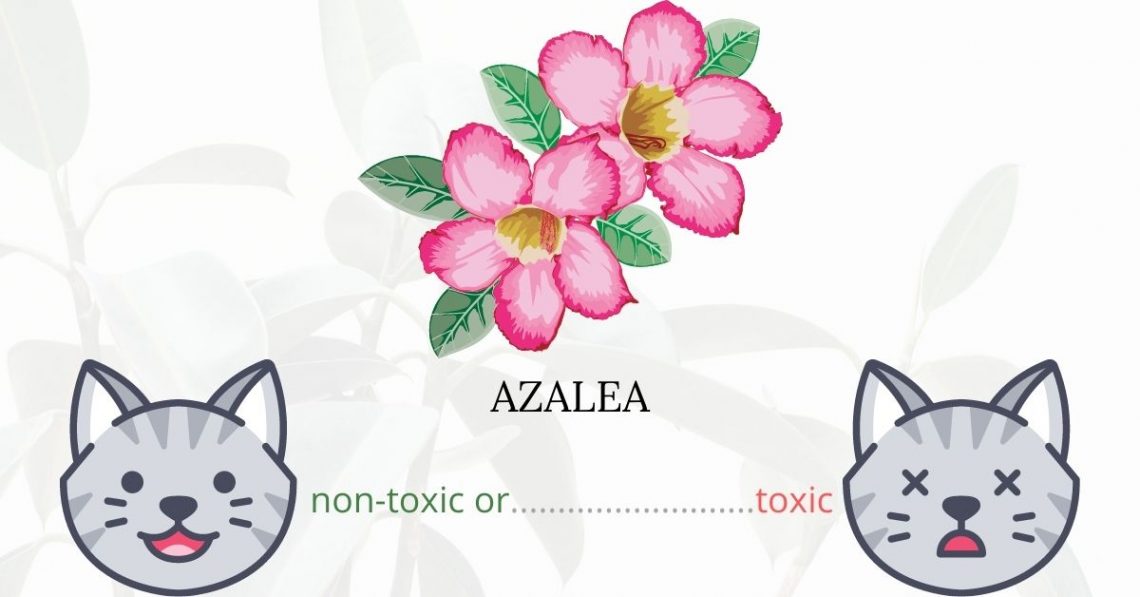 Azalea or also commonly known as rosebay, or rhododendron are common outdoor landscaping plants that contain grayanotoxin. This toxin affects the sodium channels in the body, which ultimately affects the heart and skeletal muscle tissue. If azalea is ingested by cats, and other small animals, it may cause vomiting, diarrhea, and weakness.

What Is An Azalea or Rhododendron?

Scientifically known as rhododendron, Azaleas, are colorful woodland plants that are common in households for their aesthetic value. They are native to Asia, Europe, and North America but are also cultivated in other countries as ornamental plants.

Azaleas are famed for their magnificent trumpet-shaped flowers that bloom before the leaves have fully matured. Poisonous compounds exist in this delicately fragrant flowering plant, and any part of the plant should not be consumed by humans or animals. Honey derived from the azalea flowers has the potential to be poisonous as well.

Clinical Signs of Azalea or Rhododendron Poisoning in Cats

If your cat accidentally nibbled or ingested any part of azalea, taking him or her to a veterinarian right away is a must. Your cat may experience the following clinical signs of azalea poisoning:

First Aid and Treatment of Azalea or Rhododendron Poisoning in Cats

The veterinarian may use activated charcoal to bind any leftover poisons in circulation. If your pet has consumed a substantial amount of azaleas, your veterinarian may conduct a gastric lavage to clear the contents of his or her stomach. As needed, supportive care and symptomatic therapy will be administered, which may include hospitalization, intravenous fluids, and drugs such as pain relievers and gastro protectants. Atropine is considered a partial antagonist of grayanotoxins’ cardiac actions and can be used to treat bradycardia in animals, including cats.

Recovery from Azalea or Rhododendron Poisoning in Cats

Follow the veterinarian’s instructions and make sure to keep your cat comfortable as he or she recovers. Your cat will recuperate in a matter of days as long as he or she was given proper treatment.

Prevention of Azalea or Rhododendron Poisoning in Cats

It is not advisable to have azaleas at home if you are living with cats. Make sure to remove the azaleas in your house and yard to avoid another incident of azalea poisoning in your cat. If there are azaleas grown in your neighborhood, it is recommended to keep your cats indoors.