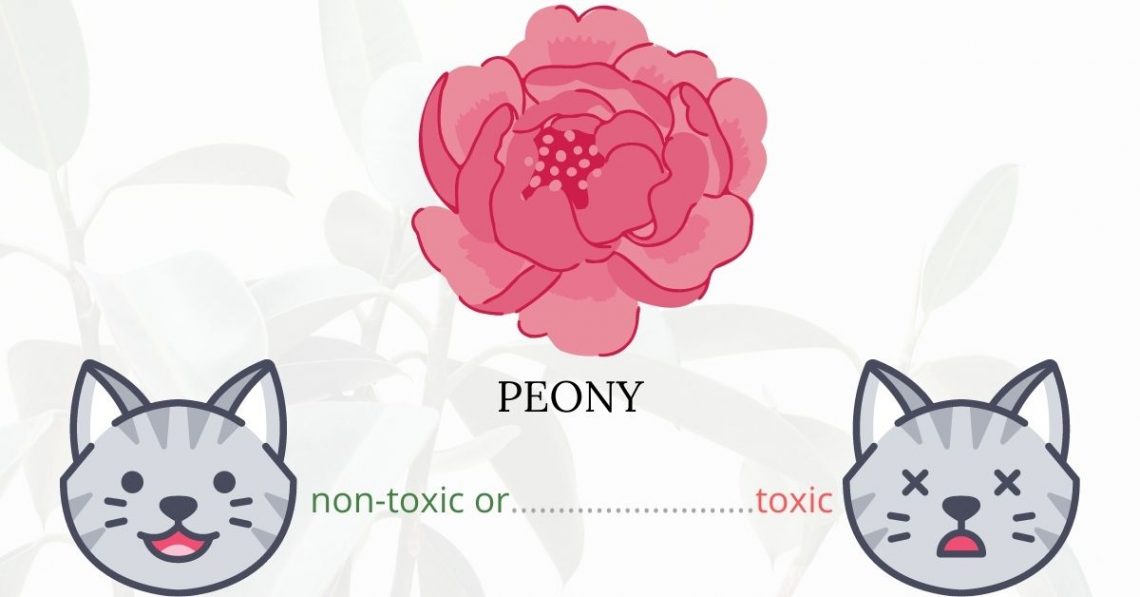 One of the plants that is toxic to cats is the lovely peony. According to the American Society for the Prevention of Cruelty to Animals (ASPCA) and the Pet Poison Helpline, peonies do contain a poison called paeonol, which is concentrated on the bark. If consumed in large quantities, this toxin can cause gastrointestinal disorders such as vomiting and diarrhea. According to the numerous sources examined, peony toxicity in cats is minor and does not result in death.

Paeonol is a chemical found in peony root barks that causes the plant’s toxicity in cats, dogs, and horses. Although the toxin’s mode of action in cats has yet to be determined, some animals have shown physiological symptoms such as vomiting, diarrhea, and even depression.

Peony, scientifically known as Paeonis officinalis, is a genus of flowering plants from Paeoniaceae family with roughly 30 species notable for its enormous spectacular flowers. With the exception of two species, all are native to Europe and Asia, and several are cultivated as ornamentals and in the flower industry. With the exception of a few woody shrubs, the vast majority of the species are herbaceous perennials. On annual stems formed by fleshy rootstocks, they bear enormous, glossy, many-divided leaves. They produce enormous single and double flowers in white, pink, rose, and deep crimson in late spring and early summer.

While eating a peony usually does not result in death, if the symptoms persist for too long, your cat may become dehydrated or worse. If your cat eats a piece of peony, he or she may experience the following symptoms:

First Aid and Treatment of Peony Poisoning in Cats

Remember, you should never force your cat to vomit. It is best to leave that to a veterinarian.If your cat is suffering from stomach upset, your veterinarian may be able to prescribe medication to help alleviate the problem. More drastic measures may be taken if your cat ate a large amount of the peony. If your cat hasn’t vomited the peony, your vet may need to pump his stomach or induce vomiting. To help absorb any extra toxins, activated charcoal may be given.

Recovery from Peony Poisoning in Cats

Within 12 to 24 hours, the majority of peony toxicity symptoms should subside.  Allow your cat to recuperate and rest in a warm and quiet space. Keep your cat’s environment stress-free by making it as quiet and comfortable as possible.

Prevention of Peony Poisoning in Cats

You should avoid growing peonies at home to avoid potential poisoning in your cats. Keep your cats entertained indoors to lessen their boredom and reduce their interest in going outside your home.