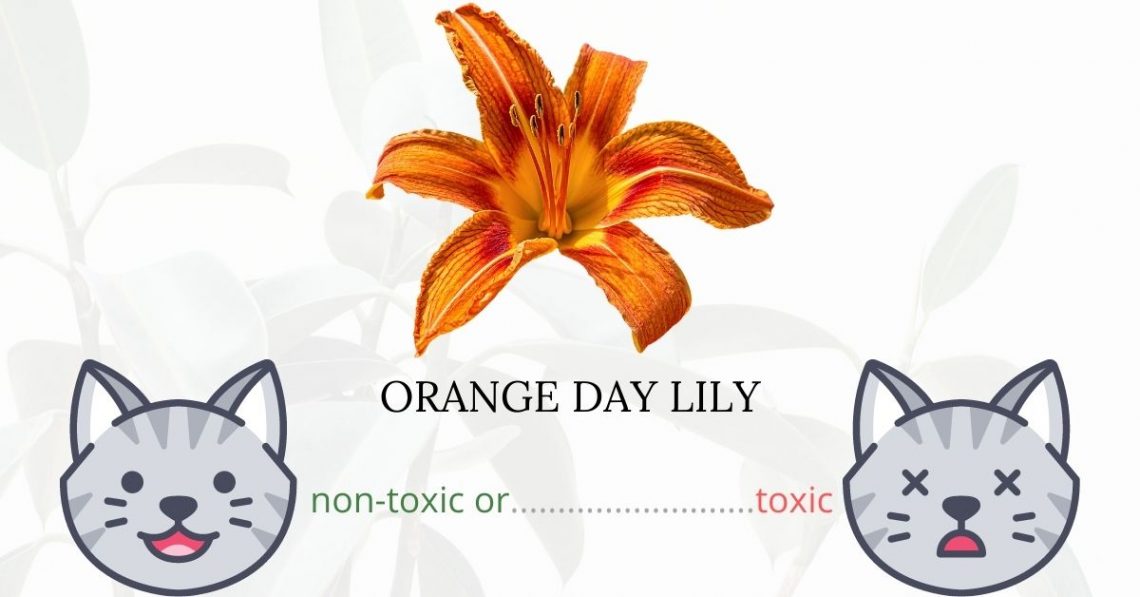 While the exact toxins found in orange daylilies are unknown, felines should stay away from this plant as it is toxic for them. All parts of the orange day lily are poisonous, and even small amounts of the plant can cause serious poisoning. A cat can become poisoned by directly chewing, licking, or swallowing the plant, although it is more typical for the feline to be afflicted indirectly by pollen. Pollen from the orange daylilies around the cat owner’s home can enter the air and stick to the feline’s fur. When a cat grooms itself, pollen sticks to his or her tongue and is consumed, creating a substantial poisoning risk.

What Is Orange Day Lily?

The orange day lily, scientifically known as Hemerocallis graminea, is a robust orange flower that blooms along North American roadways in the early to mid-summer months. It is known to have originated in Asia. The bright orange flowers and tall, bare stems with long, sword-like leaves on either side distinguish the orange daylily. Because of its colorful blossoms and simplicity of maintenance, it is often grown as an ornamental plant in temperate climes.

Orange Day Lily is a 2 to 4-foot tall upright perennial that has been introduced and naturalized. The flowering stem is a green and smooth aerial stalk that rises directly from the root. Strap-like leaves with a keel, pointy tip, sheathing base, and all basal create a cascade clump. The stalk has no leaves, but there may be a few tiny leafy bracts. The flowers are not scented, diurnal, six-parted, and about two to four inches broad.  Six yellow tepals with tawny orange upper portions are made up of petals and sepals.

Cats who have ingested any part of an Orange Day Lily plant, particularly the stem, leaves, petals, or pollen, may exhibit signs of toxicity such as:

The key to a good prognosis is to get treatment before the kidney organs shut down, so if you spot your cat nibbling on an orange daylily, take him to the vet right once. The veterinarian may give the cat medication to induce vomiting or an activated charcoal solution to bind with the deadly plant chemical, which will then be passed out with feces.

The veterinarian will most likely start your cat on IV fluids to replace lost fluids and aid in the toxin’s elimination to help him get rid of the orange daylily toxin. When fluids pass through the urinary system, they first pass through the kidneys, carrying any toxins with them to be excreted in the urine waste.

The feline should have received veterinary treatment within six hours of consumption for a better prognosis. Once proper medical attention and care is given, your cat will get better and return to his normal routine in a matter of few days.

Avoid growing or bringing orange daylilies inside your home. Minimizing your cat’s outdoor access will help in reducing the risk of exposure to orange daylilies that may be growing in your neighbor’s garden. Keep your cat in good condition by giving him a balanced diet and mentally stimulated.