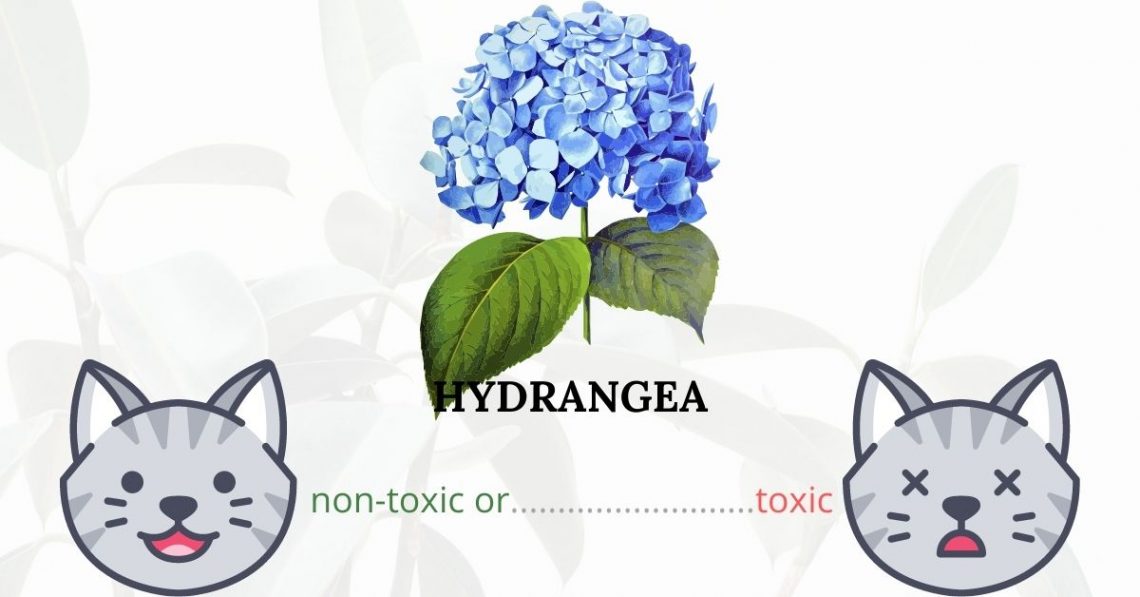 Hills of snow or more commonly known as hydrangea, hortensia, and seven bark is a garden shrub commonly used in landscaping but cat owners should be aware that it contains toxic substances for cats.

Amygdalins, which are cyanogenic glycosides, are found in the buds and leaves of the hydrangea. When these glycosides are digested, they react with the body’s water to produce hydrocyanic acid which deprives the cells of oxygen. It is also possible that the plant material will cause irritation when it comes into contact with the skin.

What Is Hills of Snow or Hydrangea?

Hills of snow, scientifically known as Hydrangea arborescens, is a flowering plant genus with about 75 species native to Asia and the Americas. Snow hills are notable for their massive clusters of little white blossoms that look like snowballs. The blossoms might be pink, white, or blue, depending on the plant and the pH of the soil. The flowers hills of snow shrub bloom all summer and well into the fall.

Clinical Signs of Hills of Snow or Hydrangea Poisoning in Cats

Cases of hills of snow poisoning are usually mild and intense symptoms are generally rare. Cat owners should note the following symptoms that cats may manifest if they were exposed to hills of snow or hydrangea:

The majority of hydrangea poisoning cases are treated by managing symptoms. The severity of the cases might vary widely, but the majority are minor. In severe cases, hospitalization may be necessary.

The poisons must be removed from your cat’s stomach by either causing vomiting with hydrogen peroxide or stomach pumping, commonly known as gastric lavage, by the veterinarian. The cat’s body will not absorb any more toxins if all leftover plant material is removed from inside the cat.

Your cat may get dehydrated if he or she has been vomiting or having diarrhea for an extended period of time. Intravenously administered fluids can help the cat’s body function and volume return to normal.

Recovery from Hills of Snow or Hydrangea Poisoning in Cats

In most cases, cats fully recover from hills of snow poisoning provided that the symptoms were addressed as quickly as possible. Your cat may still be distressed from the poisoning experience so it is recommended to let him or her rest comfortably at home.

Prevention of Hills of Snow or Hydrangea Poisoning in Cats

Be mindful of the floral arrangements that you bring inside your house. If you have hydrangeas indoors or in your gardens, it is highly advisable to get rid of them right away. The best method to protect your cats from coming into contact with the hydrangeas and other hazardous plants is to keep them indoors so you can be more aware of which plants they are exposed to.